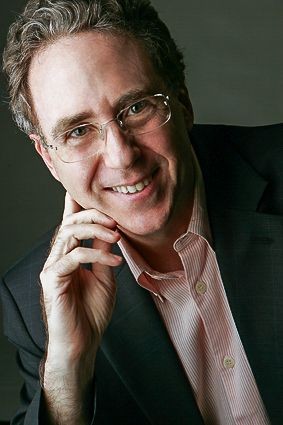 Our partners trust us because we always deliver what we promise, without excuse or exception. Our experience enables us to succeed regardless of the rapidly changing legal system and business environment.

Anthony D. Salzman is the first American to do business in Vietnam since the Vietnam War, and the founder and Chairman of the V-TRAC Group.

Educated at Yale and Duke University, Salzman had been a Vietnam War protestor and became inspired to build his business in Vietnam.

In 1992/1993, Salzman relocated his family to Hanoi to build the first American business in Vietnam. He served as a catalyst for lifting the U.S. trade embargo on Vietnam in 1994 that eventually led to the signing of the Bilateral Trade Agreement between the U.S. and Vietnam in 2001, which enabled Vietnam’s accession to the WTO in 2007.

In 1993, Salzman and two others created the AmCham chapter in Vietnam (Hanoi), and in 1998, with the aim to strengthen the early investor community, Salzman, along with the Country Head of the World Bank’s International Finance Corporation (IFC) and the Australian Ambassador, founded the bi-annual Vietnam Business Forum.

The Forum provides a platform for over 300 domestic and foreign business participants to engage with various government departments and it has been instrumental in improving the Foreign Investment Law, Law on Land, and other Laws by enabling participants to address concerns on tax, labour and banking with the relevant Administrative Authorities.

From 1994 until 2010 Salzman’s V-TRAC won the highest market share in Asia for Caterpillar brand construction and mining equipment (NYSE:CAT) and made Vietnam the only Asian country in which Caterpillar has ever been the market leader.

In 2010, Salzman received the Friendship Medal from the President of Vietnam, Mr. Nguyen Minh Triet, for his substantial contributions into the economic, social developments, educational and training aspects of Vietnam. In the same year, the Hanoi City People’s Committee awarded Salzman with the Capital Development Medal for his substantial contributions to the economic and social developments of Hanoi Capital.

With more than 25 years of extensive on the ground business experience in Vietnam, Salzman has been cited frequently in Vietnam’s domestic media as well as in international publications such as the New York Times, the Chicago Tribune, and the economist. A sought after advisor and keynote speaker, Salzman’s 20/20 hindsight offers a rare perspective on the Do’s and Don’ts of succeeding in Vietnam. Salzman is a member of the New York based Council on Foreign Relations.

Aside from his business interests, Salzman played a key role in the early stage development of Vietnam’s education system, helping to found the first international school (United Nations International School) in 1993, sponsoring the first American training program at the Hanoi University of Technology (1994) and sponsoring Vietnamese students attendance at the International Mathematics Olympiad in the U.S. and United Kingdom. To further strengthen the Intellectual Property Laws in Vietnam, Salzman also sponsored study at Duke Law School for Vietnam’s lead Intellectual Property Negotiator (1994).